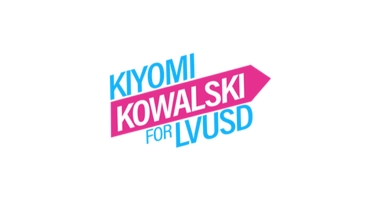 Building The Future Together with
#TeamKowalskiMVPs

Building The Future Together would not be possible without the youth team. These young adults have committed their summer to this campaign by doing research, writing policy, devising a COVID-friendly Get Out The Vote (GOTV) strategy, and creating original content with graphics for all of our social media channels. Most of them are from the schools and communities we serve. All of them are the real MVPs of #TeamKowalskiforSchoolBoard.

Rafael Monkarsh (Policy and Social Media Teams)
Rafael Monkarsh is a proud, California-born English major at Reed College in Portland, OR. He has spent almost his entire life living in the Los Angeles area and, despite being over 1000 miles away on election day, is a registered voter in the LVUSD and is excited to vote down-ballot for Kiyomi this November. He has known Kiyomi for about half his life, and it is with the certainty that comes with knowing someone for so long that he is sure that Kiyomi is the right fit for the LVUSD board and the community. In addition to English writing and literature, Rafael is a Master Carpenter at the Reed College Theatre scene shop and enjoys road tripping, movies, and photography.

Leah Winter (Policy and GOTV Teams)
​Leah Winter is a Calabasas Resident and a senior at Calabasas High School. She has been involved in her own election as class president freshman through junior year, and now ASB president for her final year of high school. Leah strives to make a change with public policy as a politician in coming years.

Jessa Cameron (Policy Team Co-lead, GOTV Team Co-lead)
Jessa Cameron is thrilled to be part of Kiyomi Kowalski for LVUSD. Living in Washington, DC, Jessa is originally from West Hills, CA and studied political science and sociology at the University of Washington. In addition to spending time during quarantine baking and practicing yoga, she is combining her passion for education policy and experience in community organizing to elect a leader who will advocate for students across LVUSD.

Itai Tismansky (Policy Team, Social Media Manager)
Itai Tismansky is an Economics major at the University of California, Los Angeles, and an Agoura Hills resident. He went to Willow Elementary School, Lindero Canyon Middle School, and Agoura High School and has been actively involved in the community for many years. Itai believes local leaders can have huge impacts on their communities and knows that Kiyomi can lead LVUSD in a positive and  successful direction. Itai worked with Kiyomi during her 2018 campaign and is proud to support such an approachable, genuine, and driven candidate who is willing to emphasize student voices.

Maya Weiss (Policy Team, GOTV Team Co-lead)
Maya Weiss is a Woodland Hills native, currently studying Political Science and Education in UC Riverside's Honors Program. Even though she does not live in the Las Virgenes District, Maya is proud to work for and support a candidate who cares so deeply about the education system and its members. As an aspiring teacher and politician herself, Maya enjoys reading, Disney, and bullet journaling. ​ 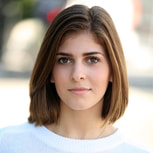 Emma Aaronson (Policy Team, Social Media Manager)
​Emma Aaronson moved to Los Angeles, CA at the age of 13 and has been a proud Angelino
​ever since! She attends UCLA and is majoring in Musical Theater. In her free time, Emma enjoys singing, reading, and volunteering on her temple’s social justice initiatives. Emma is so honored to be supporting Kiyomi in her campaign for LVUSD school board.

Lucy Nye (Senior Researcher/ Analyst, Policy Team Co-lead, GOTV Team)
​Lucy Nye is a sophomore studying Political Science and Public Policy with an emphasis in Environmental Policy at the University of Chicago. She is currently distance learning from her family home in Agoura Hills where she is eager to vote for Kiyomi Kowalski in November. For more than six years Lucy has known Kiyomi’s dedication to bettering her community and is honored to be a member of her team. Lucy enjoys road trips, beating her family at pinochle, and eating tasty food.

Asher Mehr (Social Media Team, Graphic Designer)
​Old Agoura resident and high school junior Asher Mehr loves beautiful things whether in design, music, or math. He also particularly enjoys poetry, baking, dancing, and scientific research. Serving his community is very important to him, so he leapt at the opportunity to support Kiyomi's vision. Asher recognizes how vital quality education is to his present and future, and after knowing Kiyomi for the past six years, he sees her leadership as the means to achieving educational excellence for all students. 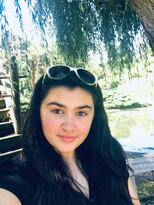 Marlowe Jefferson (Social Media Team, Campaign Manager's Assistant)
​
Marlowe Jefferson is an 8th grade student and the student body president at her middle school. She is an active member of the Academic Pentathlon Team and an award-winning delegate with the Model United Nations. In her spare time, Marlowe is an activist, plays lacrosse, acts in musical theater and has a love for studying European monarchies. Marlowe has known Kiyomi her whole life, and although she is not currently part of the LVUSD, she strongly believes in Kiyom’s campaign focus and knows that she will be a great addition to the school board. In the future Marlowe hopes to either become a human rights attorney or an ambassador for the United States.